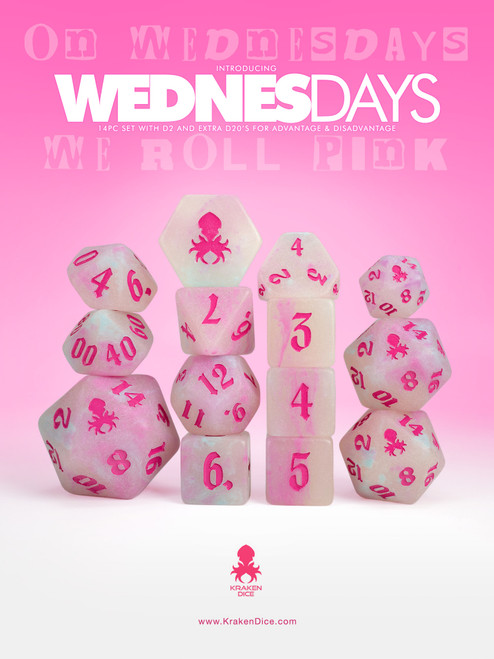 The young, naïve adventurer wanders into the tavern, eager to begin their first quest... if only they could find one. Strolling up to the bar, they overhear a festive band of well-dressed folk (sporting bright pink cloaks, of all things) celebrating a recent victory.

"Ugh. I hate them," a brooding half-elf mutters under their breath. "Yeah, they're so fake," agrees a larger-than-average dwarf. Eager to know more, the young adventurer interrupts and asks why the two seem to have such an issue with the other table.

"Well, everyone seems to think they're royalty around here. If they were a job board in town, everyone would be climbing on top of each other to snag a flyer," noted the dwarf, with the half-elf nodding in agreement. "That one there," the half-elf said, motioning to a blond human fighter, "that's Kor'in Smith. He's one of the dumbest people you'll ever meet. We heard their dump stat is intelligence."

"And that little one there, the halfling, that's Thatcher Hotdogs. He's totally rich because his dad invented folding boats," the dwarf stated plainly. The half-elf continued, "he knows everything about everyone. That's why his hair is so big. It's full of secrets!"

The rowdy table begins to cheer for the stunning bard and hoist them on their shoulders. "And evil takes a tabaxi form in Regh Ina'orge. Don't be fooled... they may seem like your typical selfish, back-stabbing, party-splitting skeezeball... but in reality, they're so much more than that," the half-elf proclaims. "They're the party lead, the star! Those other two are just the little workers," the dwarf continues.

"Regh Ina'orge is flawless!" the barkeep says, interrupting. The drunken mage a table away chimes in, "they have two bags of holding! They even punched me in the face once... it was awesome!"

Suddenly, the party everyone seemed to be talking about appeared to take an interest in the young adventurer. "Hey! Newbie!" Regh yelled out, sliding a chair alongside the table. "Come sit with us..."

Introducing Wednesdays, Kraken's newest 14-piece Mutagen. These stunning pink dice are so good, you'll definitely want to fetch one for yourself! ON WEDNESDAYS WE ROLL PINK.

*Kraken Dice Mutagens line is a single tumbled matte finish and may develop a shiny exterior after being handled. The set used for the promotional images was well-loved and used by Torrin Littleflame as he unleashed his rage across many battlefields.