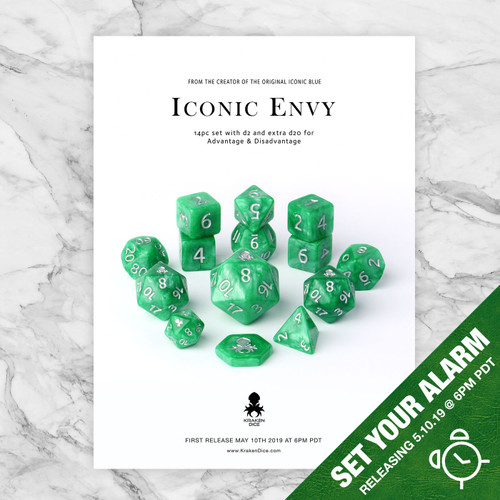 SKU:
756
UPC:
Availability:
This item is no longer in production.

Being a long time resident of Toptex, Liahkim often found himself immersed in the dealings of many new residents. Kobolds are supposed to know many secrets about many other people after all. Liahkim took special interest in this new goblin who had recently come to Toptext, and believed that the goblin would very much fall in line with Liamkhim’s other cronies.

Liakhim watched for weeks as Krag would toil endlessly in his garden, working his land all day and spending hours each night working on something mysterious in the little shack. One might say that Krag’s commitment to his project made Liahkim a bit envious, as all he could do was share secrets between the other people of Toptex, and creativity just escaped his little kobold brain.

Liakhim was astounded by the beauty of the stew, and as is prone to happen with Kobolds, envy and greed began to take hold. The fact that an outsider could produce something better than the existing inns of Toptex was unacceptable and had to be stopped immediately.

Liakhim waited for Krag to leave before making his move. With spade in hand he dug up the carrots and sliced them near their stem, he placed the taproot in his bag as he put the stem and greens back into the ground. He dug up the purple layered potatoes and quickly raced towards “The River Nymph” with his trophies in hand.

Krag would learn that everything that happens in Toptex needed to have Liakhim’s stamp of approval. Oh yes, he would learn…

Kraken Dice’s 11 and 12 piece D&D compatible polyhedral dice sets make sure that your adventuring party and individual characters are always ready for whatever your DM or GM has in store for them. Our Kraken originals polyhedral dice sets are also compatible with Pathfinder and many other table top RPG’s. You will never have to reach over to your neighbor and borrow one of their D20’s for your D&D advantage or disadvantage rolls when you use one of our Kraken original 11 and 12 piece polyhedral sets. Quality checked for accuracy our polyhedral dice sets come with a money back guarantee, try getting that from your D&D or Pathfinder NPC shop owner!