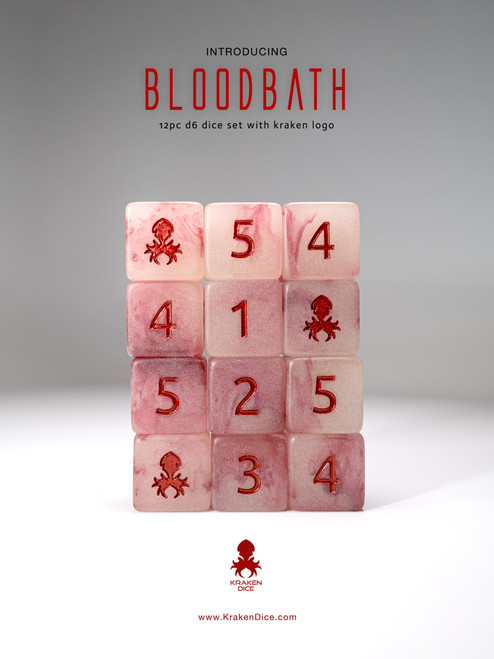 SKU:
1407
UPC:
Availability:
This item is no longer in production.

Torrin's chest heaved as he leaned against his greatsword, his scales almost glowing as the sun set across the battlefield.  Deep red channels slowly began to form as the blood traveled down the flat of his enormous blade. Kneeling over one of the fallen enemies he collected his trophy, lost to his rage during the battle he could not recall the series of events that took place. His trophy would be a constant reminder of the day, worn proudly so that all may witness the carnage that remains when Torrin Little-Flame succumbs to his rage and the BloodBath ensues.

Kraken Dice is proud to present: BloodBath, the first in our new Mutagen series.

*Kraken Dice Mutagens line is a single tumbled matte finish and may develop a shiny exterior after being handled. The set used for the promotional images was well-loved and used by Torrin Littleflame as he unleashed his rage across many battlefields.

Rainbow In The Dark Vapor Dice Set with Silver Ink