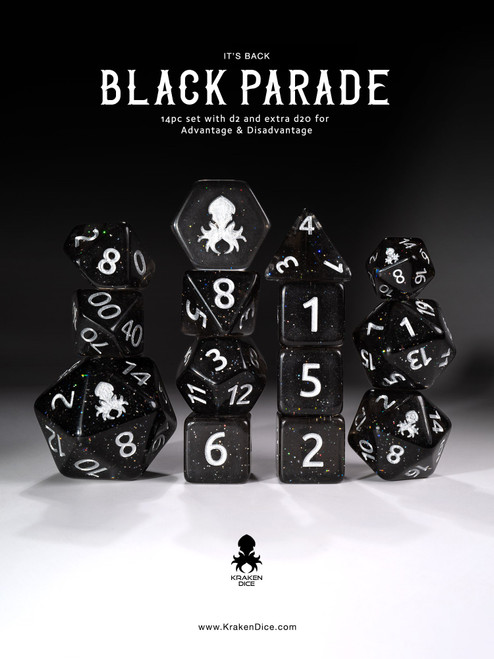 The streets were filled, the crowd waiting in eager anticipation, as the marching band could be heard in the distance. An explosion of Rainbow Glitter heralded their arrival, the music rising in volume, the tempo growing ever faster. The onlookers were enthralled as the band passed, heeding the call of the horns, come one, come all, and join the Black Parade.